Menu
Let's Talk Picture Books
A Is for Bee by Ellen Heck is a brilliantly unique alphabet book runs readers through the alphabet by examining animals from around the world…but not in the way that you’d think! 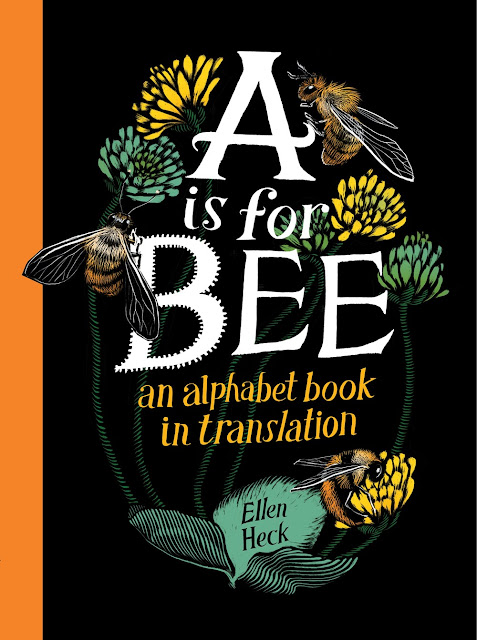 Instead of presenting each animal in English, this book takes a global approach to language by highlighting an animal in other languages that start with the same letter: C is for Parrot because the word parrot is "chiluka" in Telugu, "chinkhwe" in Chichewa, and "Cochotl" in Nahuatl. And J is for Ostrich because the word ostrich is "jaanalind" in Estonian, "jimina" in Hausa, and "jaylam" in Armenian. 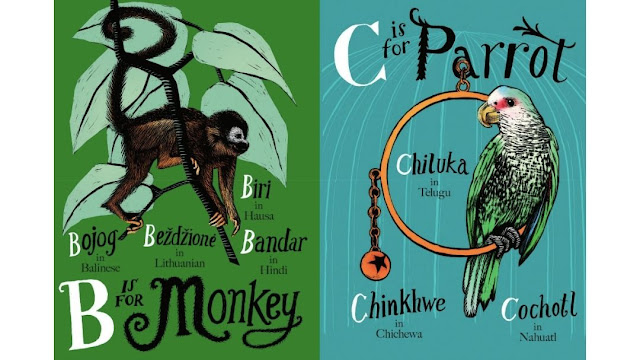 The vibrantly graphic illustrations were created on scratchboard and then colored digitally, so every line is strong and purposeful. With the exception of one letter, Z, all letters share a spread with another letter, allowing Heck to compare and contrast the color, size, and texture of two animals across each spread, and color is a focus in the text too, with all of the words colorfully designed to highlight each new letter of the alphabet. 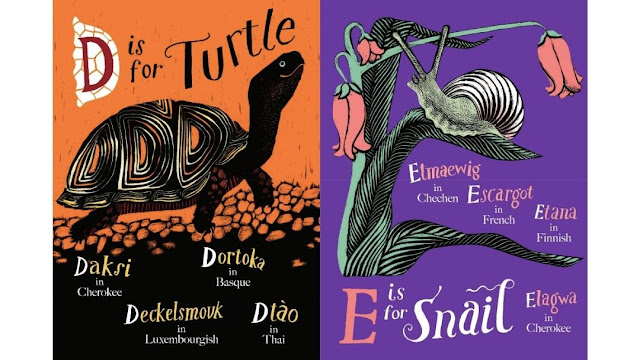 A Is for Bee published last month from Levine Querido!