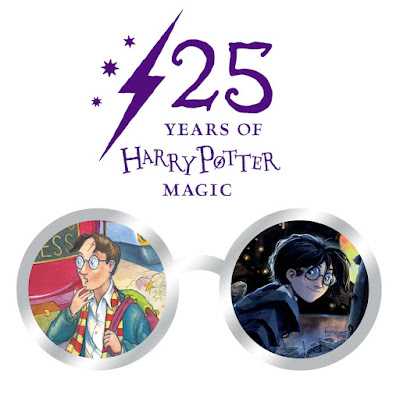 We get more than a little excited here at KBR when the offer of free books is on the table so imagine our heart rates when we learned of this awesome opportunity to upgrade your book collection both at home and at school.

To enter, fans are invited to take a photo of a Harry Potter book in a favourite location in Australia or New Zealand. And in max 100 words explain what the Harry Potter books, and what the photo location, means to them.

Click on the image below for details on how to enter. Competition closes 12 May 2022. 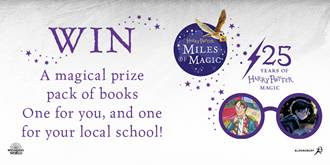 Bloomsbury Books will even plot your photo locations on their Miles of Magic Interactive Map!

This competition forms part of a year-long campaign to celebrate 25 years of Harry Potter magic in 2022. From the idea born by J.K. Rowling on a train journey in 1990, with an initial hardback print run of just 500 copies, the series has gone on to sell over 500 million books worldwide in over 80 languages, inspiring a major movie franchise, a spellbinding theatre production and so much more.

J.K. Rowling is the author of the seven Harry Potter books, which have sold over 500 million copies, been translated into over 80 languages, and made into eight blockbuster films. She has also written three short companion volumes for charity, including Fantastic Beasts and Where to Find Them, which later became the inspiration for a new series of films, also written by J.K. Rowling.

She then continued Harry’s story as a grown-up in a stage play, Harry Potter and the Cursed Child, which she wrote with playwright Jack Thorne and director John Tiffany.

In 2020, J.K. Rowling returned to publishing for younger children, with the fairy tale The Ickabog, the royalties from which she is donating to her charitable trust Volant to help vulnerable groups affected by the Covid-19 pandemic.  And 2021 saw the publication of The Christmas Pig, J.K. Rowling’s first children’s novel since Harry Potter.

J.K. Rowling has received many awards and honours for her writing. She also supports a number of causes through her charitable trust Volant and is the founder of the children’s charity Lumos.

For as long as she can remember, J.K. Rowling wanted to be a writer, and is at her happiest in a room, making things up. She lives in Scotland with her family.