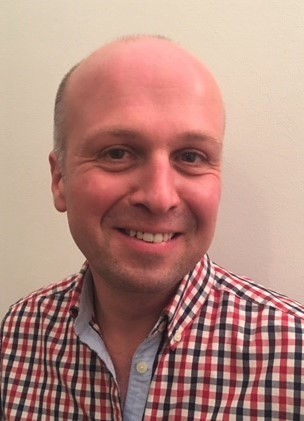 There weren’t many pleasures during the Coronavirus lockdowns but one of them was seeing children connect with their favourite writers: hearing books read aloud – in the author’s own voice! – chapter by chapter over successive days, or participating in webinars or chats over Zoom.

Never mind the children, I relished the opportunity to hear Nadia Wheatley talk about the genesis of My Place, her classic picture book collaboration with Donna Rawlins, and seeing her early sketches and notes. (I’m 47.) Children’s authors have never seemed so accessible to their readers.

It was a little different in my own childhood in the 1980s. There was no internet, of course, but we got to meet authors each winter during Children’s Book Week, perhaps in our school library or at the Children’s Book Council book fair which in NSW was held at the State Library and for me was an unmissable event. (I went on both days of the weekend and soaked in as much as I could.) 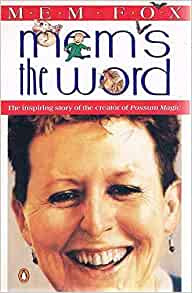 We wrote to authors, too. You didn’t have to want to be a writer when you grew up – although I did – to be instructed by your teacher to send a letter to an author. In her autobiography, Mem’s the Word (1990), Mem Fox talked about setting aside entire laborious days to answer letters from children that were often longer than her own picture book texts. Frequently, the questions were the same – Where do you get your ideas from? How much money do you earn? Do you have any pets or children? Robin Klein was similarly besieged, receiving up to 40 letters a day from fans. She got a book out of it, at least – Dear Robin (1988) was full of cheeky extracts from some of the letters she’d received over the first ten years of her career. 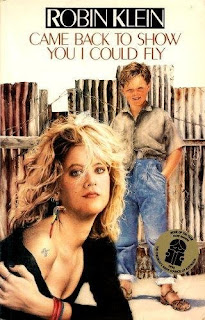 Authors were only a stamp and an envelope away from us fans. No wonder we wanted them to be our friends – they seemed to be writing just for us, about our lives. This was a decade before Harry Potter was published when realism ruled OK in children’s books – fantasy writers were the exception, not the norm. Being writers ourselves seemed entirely achievable.

This was a fairly recent innovation. Our parents’ generation didn’t have that luxury. ‘I never wanted to be a writer because it never occurred to me I could be. I believed writers were somehow set apart from ordinary people like me.’ So said Penny Hall, who grew up in the 1940s and 50s and didn’t know any writers, not even what they looked like unless there was a photo on the back flap of a book jacket. Penny eventually did become a terrific writer (alongside being a terrific teacher-librarian). She has written a number of successful books such as The Paperchaser (1987) and Better for Everyone (1992). 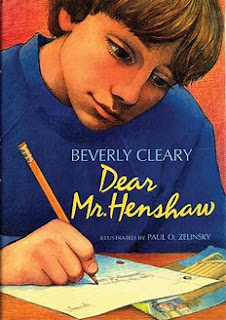 I was inspired to write to my favourite authors not because of a class exercise but because a beloved novel: Dear Mr Henshaw by Beverly Cleary (1983). It’s about a boy who writes to his favourite author and begins a long correspondence. I wrote to Robin Klein, then to Colin Thiele, Paul Jennings and Nadia Wheatley … for starters. I wanted to share the wisdom and insights in their wonderful replies with other children and so started an authors’ fan magazine, called Rippa Reading, which I edited all through high school in Sydney. I reviewed their books, too and was invited to interview established and emerging writers about their latest books. It was terrific fun and an amazing education.

There were 52 issues of Rippa Reading in all, published between 1986 and 1995. You’ll find a complete set only at the National Centre for Australian Children’s Literature in Canberra, where all my letters from authors are kept. 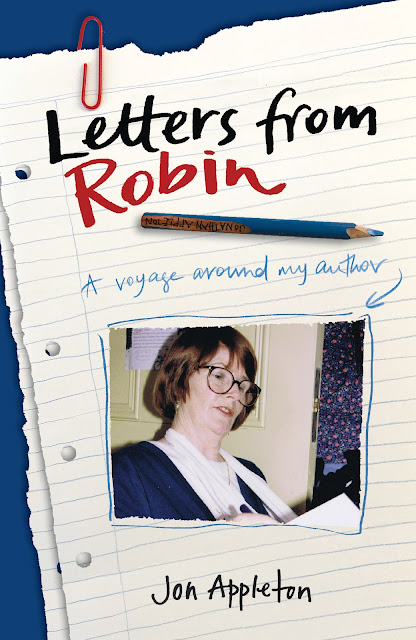 I turned to Belle Alderman at the NCACL when I wanted to revisit that amazing time for my new book, Letters from Robin. Of all the authors I encountered and loved, Robin meant the most to me then and still does. The book is about her amazing work – Thing, Hating Alison Ashley, Came Back to Show You I Could Fly, The Listmaker, and so on – our friendship and about being an exceptionally fortunate bookish child. It’s about a time before authors were celebrities – expected to be performers or to have emerged from the world of entertainment, as they often are now – but were deeply treasured by children and teachers and librarians for being themselves. Shy, perhaps, or quirky, or even grumpy or remote.

Exactly like the rest of us – sometimes, at least – don’t you think?

To find out more about Letters from Robin, please visit www.lettersfromrobin.com

Jon Appleton works as a freelance editor of crime and thrillers and an historian of children’s literature. He’s lived in London for 25 years but grew up in Sydney, where he devised and edited the authors’ fan magazine, Rippa Reading from 1986-1995.

Get in touch with Jon via his LinkedIn account.