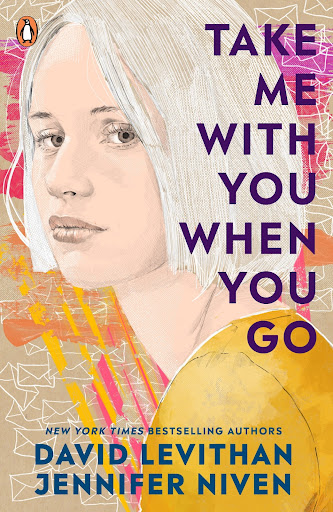 To be honest, when I first picked this up my inner voice sighed and said ‘oh more angst…’. Don’t get me wrong, it’s not that I don’t appreciate that authors are writing representatively of their readers but there really are times one thinks that something jolly would be quite nice.

And then I started reading and could hardly tear myself away because from the first page I was hooked.

When Ezra wakes up one day to find his older sister just upped and hooked it out of their toxic home, he is distraught that she would abandon him. Left with his ineffectual mother and abusive narcissist stepfather, Ezra struggles to survive let alone thrive. The first small ray of hope is discovering an email address Bea has left him, in a place only he would find it.

Alone in a strange city with no friends and no plan, Bea relies on her own resilience and initiative but gradually begins to find some support, as she endeavours to unravel her family’s secrets and hopefully give herself and Ezra a future. She finds somewhere to stay, she embarks on some tentative friendships and perhaps even a new romance while she makes shocking discoveries about her false life.

Meanwhile Ezra is bearing the brunt of their stepfather’s wrath, his mother’s complete disinterest and the terrible resentment of Bea’s (now) ex-boyfriend. His only refuge is his boyfriend, Terrence, whose parents are, simultaneously, sympathetic and blissfully unaware of the boys’ true relationship.

Told entirely via emails, primarily those between the siblings this is both poignant and gripping. Our reader heart goes out to these two young people caught up as they are in circumstances not of their own making. Their mother’s choices impacted their lives in terrible and tragic ways and her refusal to stand by her own children is indefensible (and makes me despise her!).

There is a lot of attention focused on domestic abuse these days, but still (to my mind) not nearly enough on the children and young people who suffer at the hands of adults in their own homes. While some of this may be reasoned the result of mental illness, we know that there are times when actions stem from pure cruelty and power plays.

This is a powerful piece of writing which will touch your heart and wring your emotions thoroughly with its intensity and no-holds-barred approach. I would recommend it for mature readers who are able to handle difficult and confronting topics. Be wary of those who may be triggered adversely by the narrative. In my library this will mean not for years 7 and 8 and with a disclaimer inside the cover.