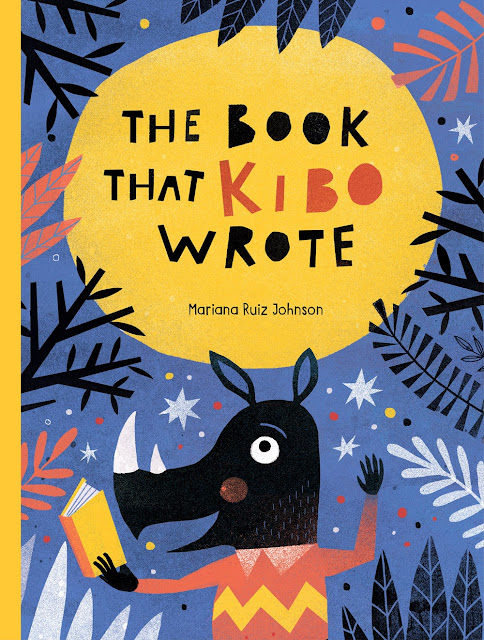 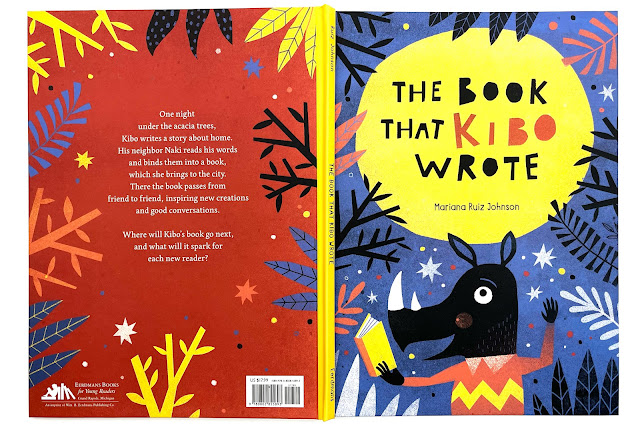 One night, under the red sky of the savanna, Kibo sets down to write a story about his home, and before he knows it he’s written a whole book. From here, one creature after another gets a chance to experience Kibo’s life-changing words in some way: Kibo’s neighbor Naki binds the book and brings it to the city where a lion named Camilo smells it and decides to return to the savanna after giving the book to his friend Simon who is also affected by the book. And so on and so forth, with everyone reading the book that Kibo wrote and finding themselves moved by Kibo’s words. 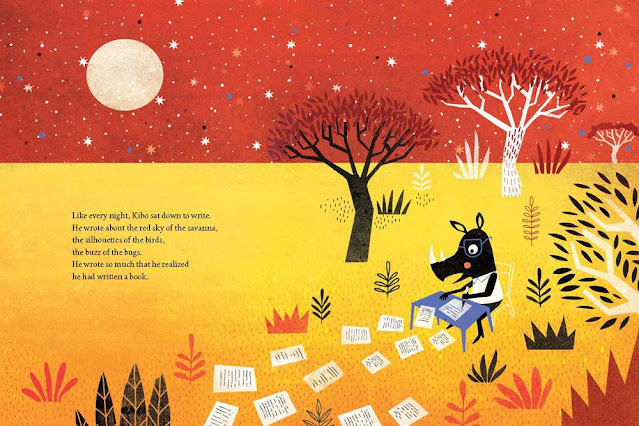 The digital illustrations hover on the warmer side of the color scale but always incorporate shades of black and white as well as a calming blue (which appears anywhere from as a nighttime background to an accent color to an integral part of a character’s design). Johnson uses unbound blocks of color as well as a lot of heavy patterning to add to the folksy feel of the book, and the pages alternate between full-bleed spreads, and full-bleed pages with a facing white page containing the text. 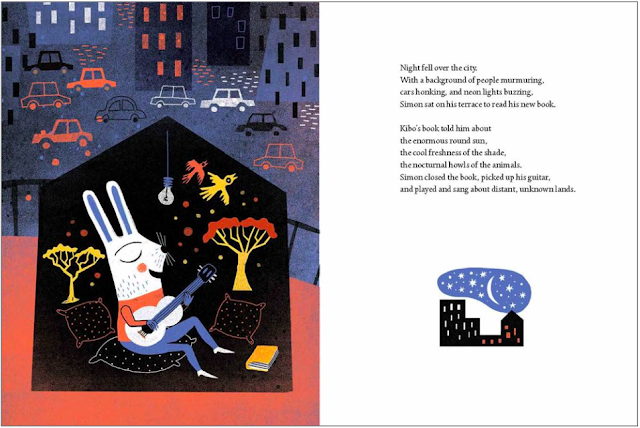 The Book That Kibo Wrote publishes next Tuesday, April 26, from Eerdmans Books for Young Readers.