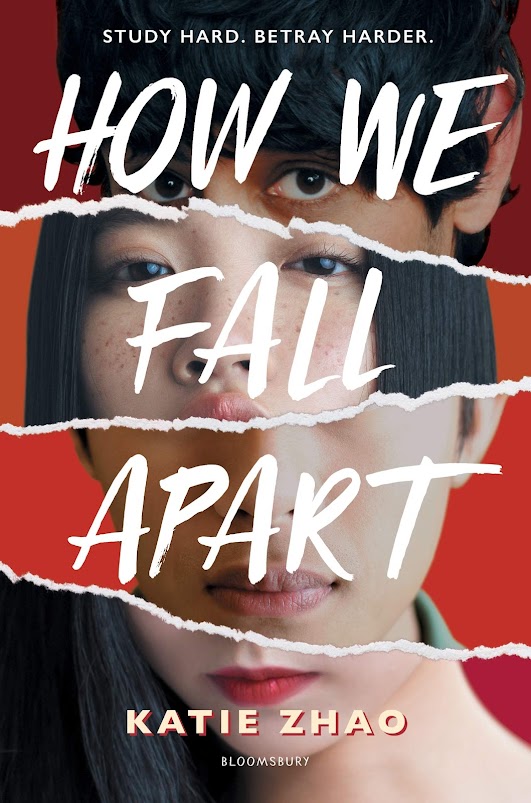 Ah, elite high achievers. Don’t we love reading about them? We especially love the loud splat they make when they ignominiously plummet to a hard, humiliating landing.

This is a Young Adult thriller, set in a super elite New York prep school. The characters are intriguing, four ultra competitive teenage “Crazy Rich Asians” plus Nancy, the main protagonist, the scholarship girl with a cleaning lady mother. She and her peers have no choice but to excel at everything. It’s been drummed into them since birth that there are no prizes for second place.

Failure is not and never has been an option. Pressure, much?
The author skillfully portrays a toxic teen-girl relationship; this is the novel’s strength. Nancy’s best friend, the queen bee rich girl Jamie, is driven and highly motivated, a girl who thrives on the thrill of sabotaging her rivals when the prize of being number one is threatened. Jamie seems to tolerate Nancy due to her not being a threat (she is from a poor family after all), although is not above rubbing Nancy’s nose into her lowly status. Nancy puts up with Jamie’s gaslighting and passive aggression because she can also be hugely generous and lots of fun to be with (a classic bullying pattern). Thankfully, as the story progresses, the reader learns that Nancy is not as much of a doormat as she initially seems.

But their rarified world is overturned when Jamie is found dead, and the police are treating it as suspicious. Nancy and each of the three other friends in their circle all have secrets, all of which are motivations for wanting Jamie dead.

Enter the mysterious “Proctor”, an anonymous on-line presence who seems to know all of the four kids’ secrets, whose messages threaten to expose them all and thereby ruin their lives. And in so doing, Zhao shows just how deeply unhappy, pressured and troubled these children with perfect lives really are, which was her inspiration for writing the novel.

The tension builds as their attempts to identify the Proctor all fail and the threats intensify. One by one, secrets are exposed. Zhao teases the reader, implying that Nancy’s secret is truly shocking, something referred to as “The Incident”, but keeps the reader guessing until the finale what Nancy had been involved with two years previously.

The story threads are tied off in the story’s climax. However, like most thrillers, the motivation and actions are far-fetched.

In fairness, I have read thrillers with a much less convincing denouement. But it really irked me that the police were only in the background and never bothered to follow up and identify the Proctor who seemed to have a broad insight into Jamie’s murder. And it’s also a stretch to believe that the super-rich are unable to use CCTV for the purpose it was intended.

Overall a fast and fun ride that can withstand being picked apart – as I just have.